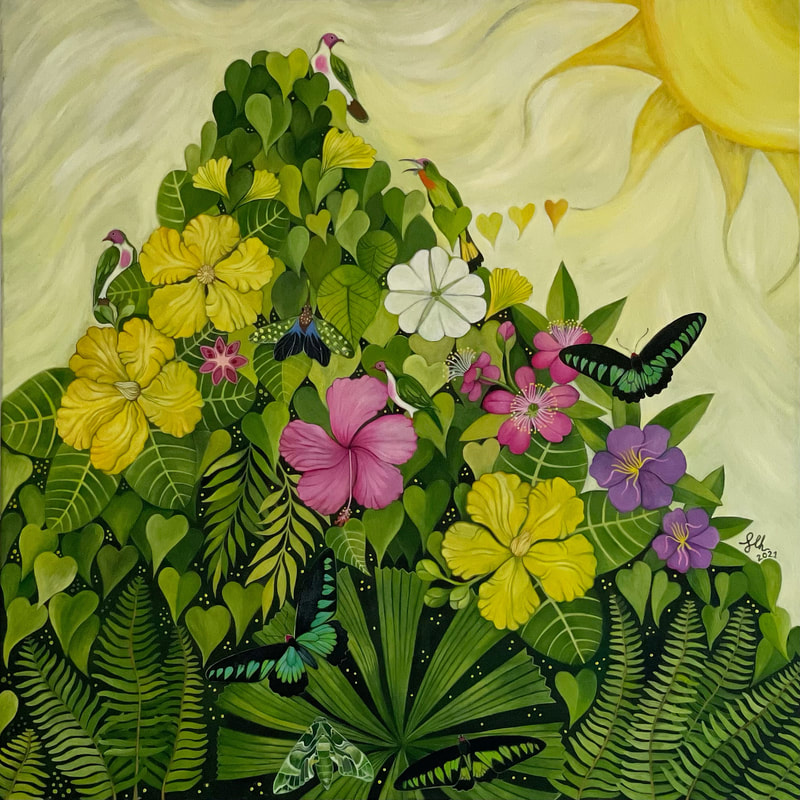 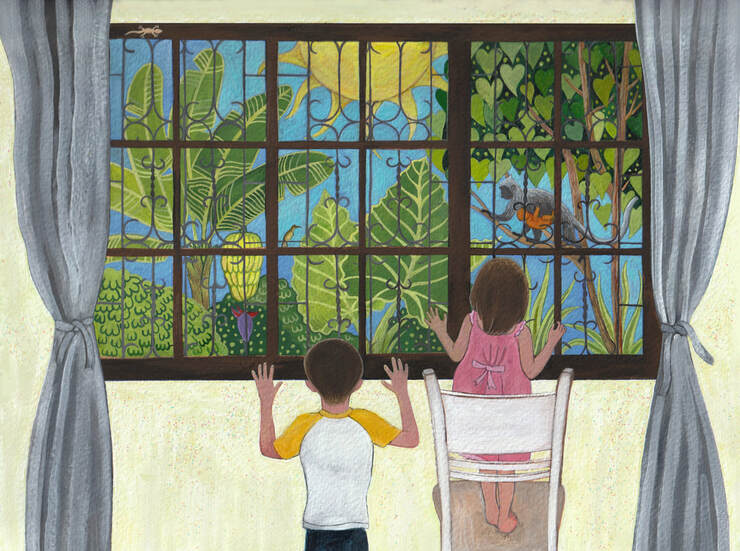 "Observers"
31cm x 23cm
Mixed Media
2021
This is a view from the living room in my house, which is the first view that our eyes are immediately pulled to when we walk through the front door. It always brings us a sense of calm. The window separates the inside from the outside and we are further separated by the decorative black cast iron window grills typically seen on Bruneian houses built in the early 90s. It frames the wild green nature perfectly and also there is a sense of safety and protection. The lingering question asks who needs protection? As the observers, shrouded behind tinted black windows, we often see unassuming animals passing by such as the macaques, silvery langurs, squirrels, and many more different species of birds. They are drawn to the banana trees and it’s fruits. 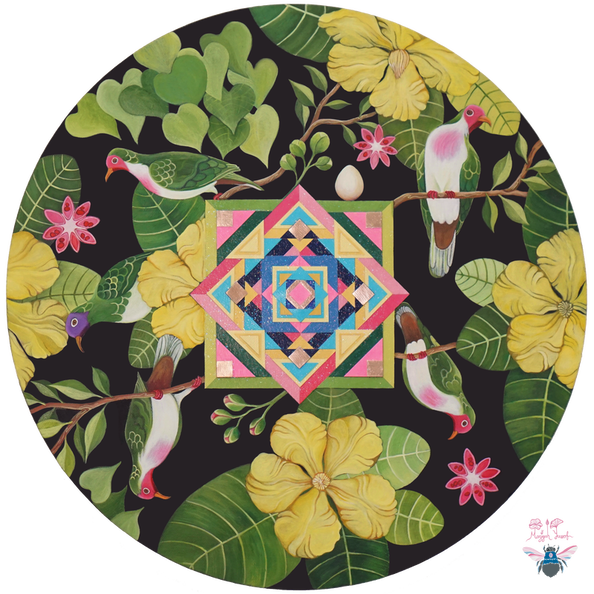 "Jambu Fruit Doves"
40cm (diameter)
Oil on Canvas
​2020
I’ve always been fascinated with 𝘑𝘢𝘮𝘣𝘶 𝘍𝘳𝘶𝘪𝘵 𝘋𝘰𝘷𝘦𝘴 ever since I saw one up close. Firstly it’s pink & green colouring (for males) is my favourite colour combination. Secondly, they’re resident breeders in Brunei but their species are near threatened so they are not that common to spot. Unfortunately, the ones I saw had flown into the black glass windows at my parents house as it had mistaken the reflection to be part of the sky or trees. So whenever I see them, they are always injured and close to dying.

This piece portrays one female Fruit Dove & its egg surrounded by Simpor flowers and four male Fruit Doves. The center is a perfect pattern symbolizing the Creator. 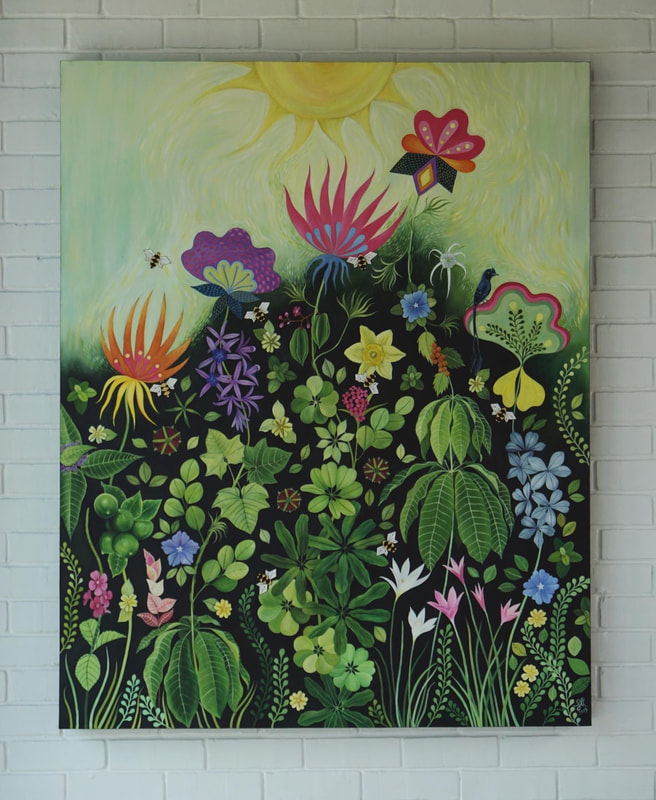 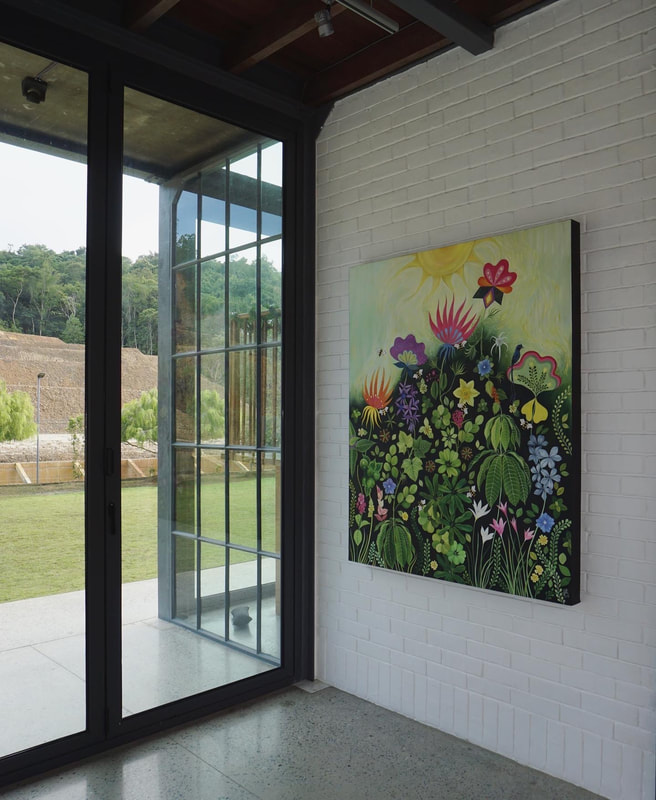 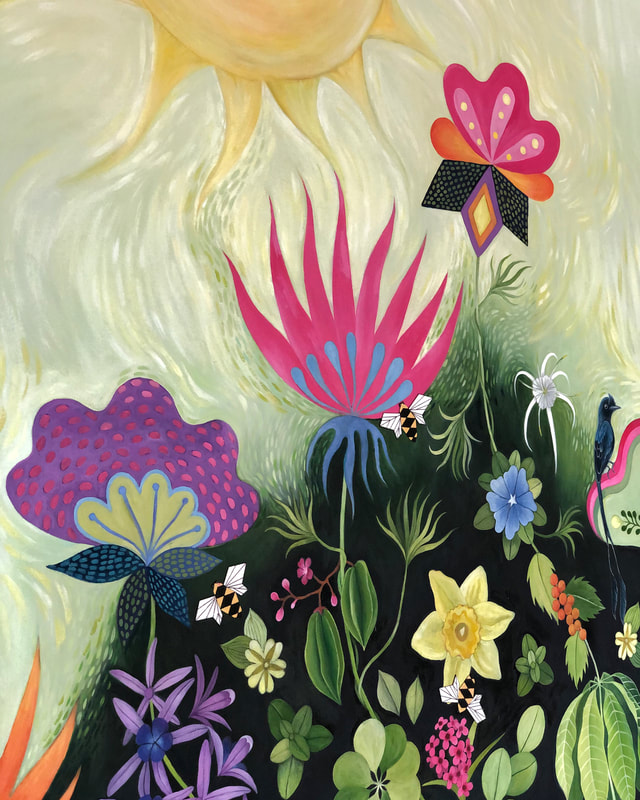 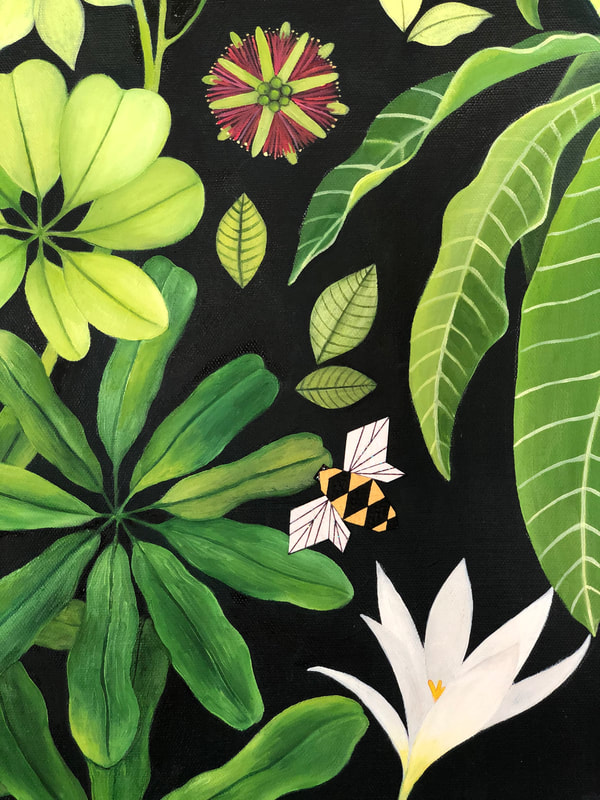 This is the largest painting I have ever done, and it took almost a year from conception to completion. It currently hangs proudly in my friend Danial's house - hence the title of the painting "Dan's Garden". He had commissioned me to create a painting based on the flowers found in his garden as well as using some pattern & colour elements of his wife's favourite dress.

A Garden of Beetles & Bees 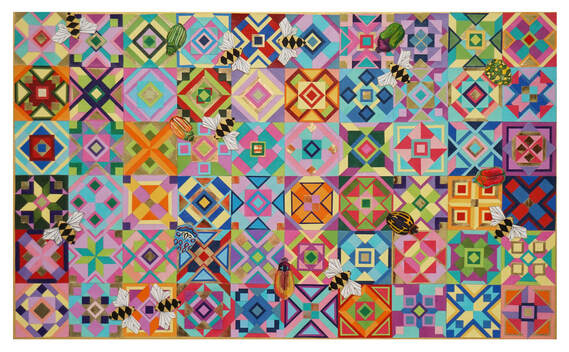 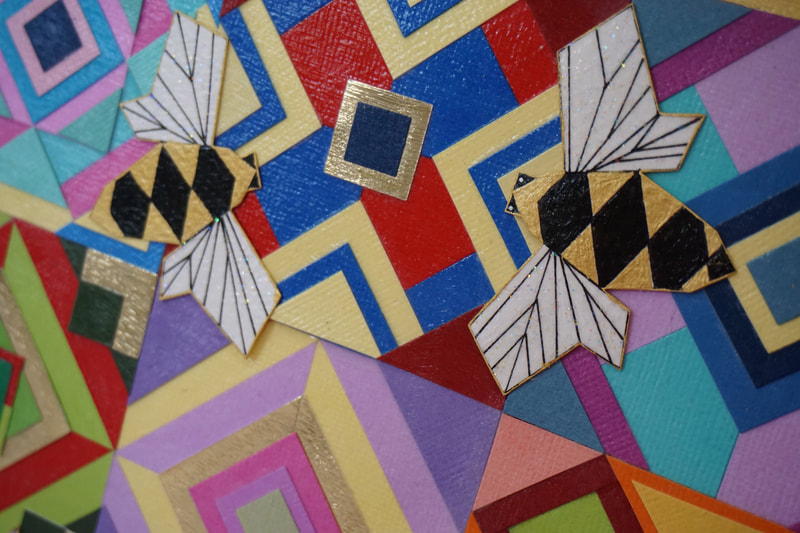 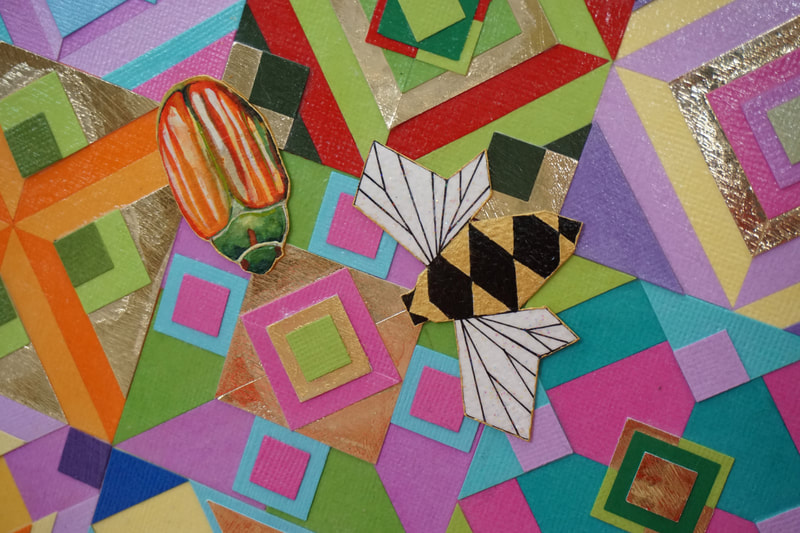 Close-ups of "A Garden of Beetles & Bees"
My painting depicts the parallels of patterns and nature - where I believe both nature and patterns are created in calculated ways, it is neither random nor accidental; everything is planned, functional and has a purpose.

I wanted to represent the concept of order and structure in the natural world through the symbolic use of geometry and pattern. The artwork is composed of sixty uniquely designed square patterns, which symbolizes flowers being purposefully and instinctively pollinated by geometric bees and beetles. It is a known fact that bees are one of the most helpful creatures on earth as they contribute immeasurably to our environment and ecosystem, and beetles sometimes being pests, destroy flowers and crops thus creating balance.

The ‘flowers’ are made out of color paper triangles that I individually hand-cut and arrange layer by layer, and further trim down into smaller pieces as I progress. The process is meditative, meticulous and adds a spiritual dimension of repetition and the contemplation of peace and order found within nature. 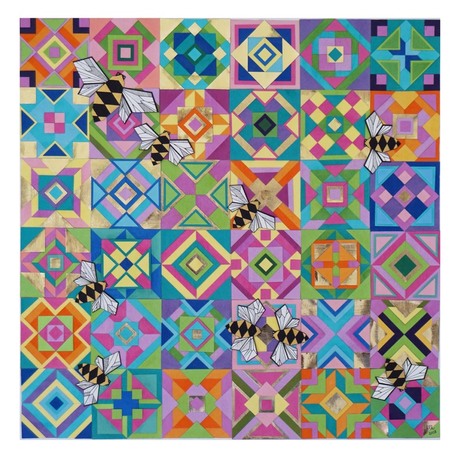 “And your Lord revealed to the Bee saying: Make hives in the mountains and in the trees and in what they build: then eat of all the fruits and walk in the ways of your Lord submissively. There emerges from their bellies a drink, varying in colours, in which there is a healing for people. Indeed in that is a sign for people who give thought.”
Al-Quran 16:68-69 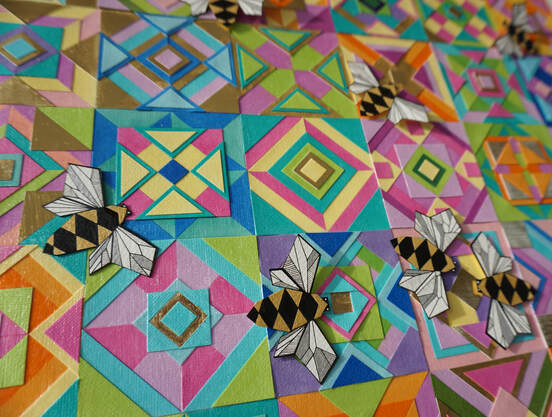